The History of the House

Precisely what buildings were on site before Portman acquired it is not known but architectural evidence presented by the north doorway in the west wing of the House suggests that this found its origins as part of a medieval mansion house, court and barn complex built in the thirteenth century by Bishop Roger Le Poore to serve the newly-chartered Newland Borough set out along what had formerly been St Swithin Street. This west wing reveals repairs and improvements continuing into the seventeenth century presenting fine moulded beams and bosses. Portman pulled most of the building down but was to retain this as the service wing of his new Palladian-style edifice. All that remains of this today is a single wing consisting of the first two rooms of the present Gallery with the room above; the first room sited at its western end with its bread oven served as the kitchen.

Henry Seymour Portman bought the House in 1720 and pulled it down save the part mentioned above. He then commissioned Benjamin Bastard of the Blandford Forum family of architects and craftsmen (who were largely responsible for the rebuilding of Blandford after the Great Fire of 1731) to build the present Palladian edifice. An Inventory, drawn up in 1726 and listing every room and item of furniture in the House, was recently discovered in the Public Record Office at Kew and from it we can work out how the House worked. One of the remarkable things about the House is that so much of the original fittings, plasterwork and panelling are still in place.

Sherborne House in the 18th Century

Portman died in 1728 and the family ceased to live there. It was let out to tenants until finally in 1799, it was bought by a wealthy local farmer James Toogood. He died in 1816 and his brother Charles then sold the House to Edward, 2nd Earl Digby for £2,000. For more than a century it continued to be leased out. It is possible that we owe the survival of so much early eighteenth century panelling, in particular, to the fact that for most of its existence it was not lived in by the families who owned it. The Digby tenants included Samuel Pretor, a banker, Robert Willmott, a silk manufacturer, Miss Armitage who ran a school and Major Bogle who won a Victoria Cross during the Indian Mutiny.

The most distinguished of the tenants of the House was William Charles Macready who leased the House from 1850-60. He was the leading actor manager of his day but decided at the height of his career, to leave the stage and retire to the country. While at the House, he was visited by friends from London including Thackeray and his closest friend of all, Charles Dickens. The latter gave public readings including A Christmas Carol. Macready was also much occupied with the re-founding of the Sherborne Literary Institution which moved into the old stable block of the House refurbished through the generosity of Lord Digby. Macready himself played a vital part in the success of the venture which included the equipping of a Reading Room and creation of an evening school.

In 1931 the House was first leased and then sold to Dorset County Council and became the home of Lord Digby's School in 1932. Following the 1944 Education Act it became a Girls' Grammar School and remained at the House until it closed in 1992, its pupils going instead to the Gryphon School. 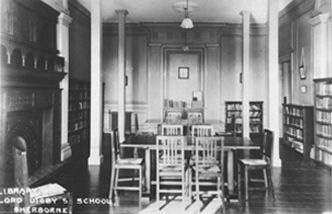 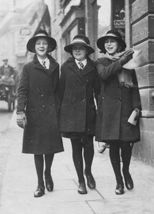 To find a complete history of Sherborne House follow this link.