The Friends of Sherborne House

Sherborne House is a fine Grade 1 listed house. The principal part was built in the Palladian style in 1720 for Henry Seymour Portman. 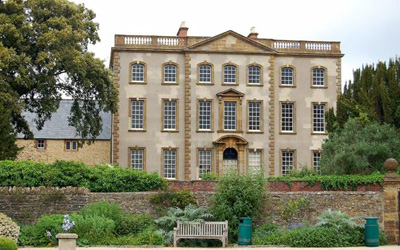 It latterly belonged to Dorset County Council and had been Lord Digby's School. However, when the school was amalgamated with others the building became redundant and a Trust was formed to restore the House and keep it for the use of the community as a visual arts centre and also to ensure public access to the Thornhill mural.

The Friends of Sherborne House was formed in 1996 to support the Trust in its efforts to raise funding to restore the House and has been active ever since.

There have been many hopes for success in the last several years including gaining major funding from the Lottery Fund but these have not come to fruition.

The Friends are delighted that the House has recently been bought and a charitable trust formed to restore it and open it as an arts venue and will continue in their mission of support.

The Sherborne House Trust (2018) has been formed with three Trustees Michael Cannon, Sally Cannon and Chris Mitchell. This Trust has acquired the freehold of Sherborne House. Its charitable objects are as follows: 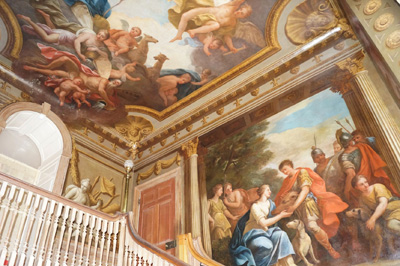 The Trust is seeking to transform Sherborne House into an accessible events and art exhibition venue. Featuring a café and restaurant, the building is also set to boast an additional flexible office, artists' studio, and workshop space whilst a contemporary multifunction rear extension has also been proposed. The Trust's restoration will provide Sherborne with an excellent arts facility, and it will also secure the long-term financial viability of the house.

Since November 2018, the Trust has been liaising with Historic England and Dorset Council to secure their support for the proposals.

It has also been engaging with prospective business partners on the hospitality and events side and it is hoped Dorset Visual Arts, the organiser of Dorset Arts Weeks, will have its home there.

The Trust has undertaken a great deal of preparatory investigation and has now submitted a planning application to Dorset County Council and hopes to gain approval to allow the restoration to proceed.